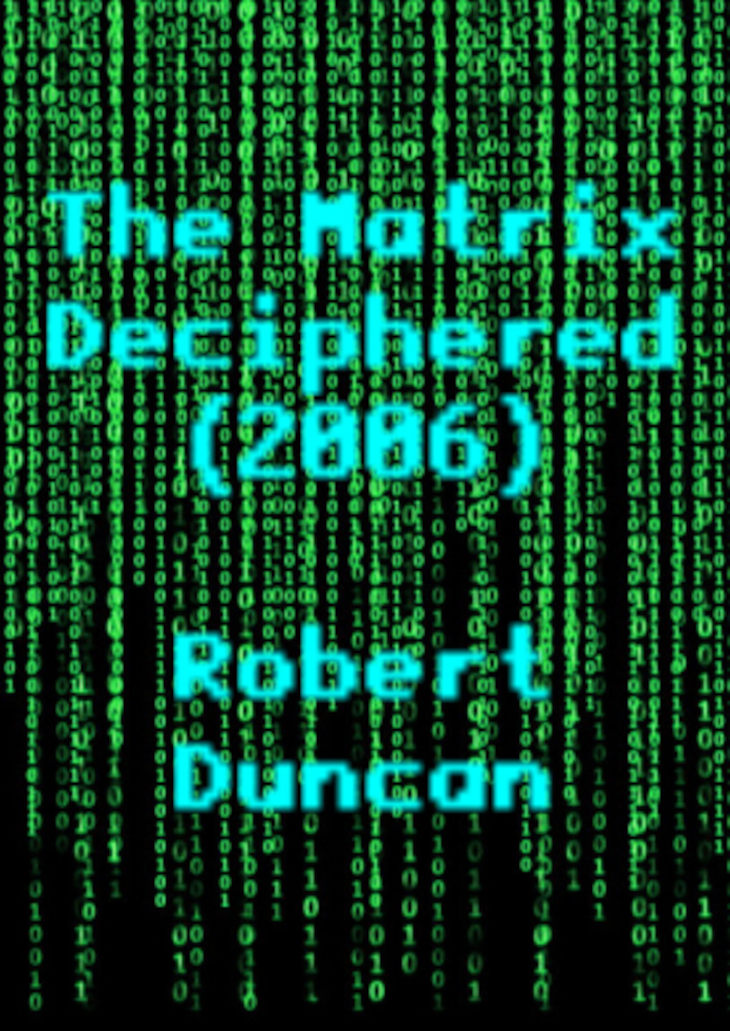 In order for us to proceed in our understanding of a revolutionizing technology and its capabilities as a weapon, we need to define some concepts and vocabulary.

EEG stands for electroencephalogram. It is a representation of the brain’s electrical activity. Traditionally, electroencephalograms are gathered through probes placed all around the head. They measure minute electrical differences from each other that are representative of the brains activity near the probe. A brain map can be inferred from these voltage sensors. EKGs, electrocardiograms work in exactly the same way to measure the electrical waves from the heart. MEG stands for magnetoencephalogram and similarly measure the magnetic fields created from ion flows in the brain. They have different tradeoffs in terms of measuring and locating brain activity. A functional MRI is an active scanning technique used to also measure brain activity in real time as well as its structure. MRI stands for magnetic resonance imaging. It uses magnetic resonance to create photons that are representative of the types of atoms and bonding states they are in. Another sister technology, is called ESR, electron spin resonance. I have not seen any hospitals which make use of this technique by creating images from electron spin resonance.

Electromagnetic waves are created by a perturbation to electric or magnetic fields that carry information about the states of angular momentum. There are many more brain imaging technologies but these are the traditional ones.

Using probes to collect brain information has limitations beyond just the lack of mobility from the tethered wires attached to the user. It collects electrical information the best at the surface of the brain but not deep into it, that is why so many probes need to be attached to the head in order to get a more refined picture of activity.

I have been studying the human mind for a good portion of my life, from neuroscience, to cognitive modeling, to artificial intelligence.

Here is secret #1 that has been suppressed by the forces of ignorance in the government. There was a patent that I will keep referring to throughout this book because of the importance of the work. It is published in the appendix. In 1974, Robert Malech, an employee of Dorn & Margolin Inc., a major defense subcontractor in radar design now owned by EDO Corporation an even larger all defense contractor in electronic warfare, invented a fairly simple radar device that could read whole brain electrical activity at a large distance. It has the major advantages of no wires and full brain electrical activity analysis, not just points on the skull surface. He discovered and perfected a way to use some simple electromagnetic oscillations anywhere from 100Mhz to 40 Ghz to read brainwaves by “illuminating” the brain and its electrical conductance then reading the return signal. The imaging method observes the changes of frequency resonances, amplitude, and phase which represent the states of neuron depolarization throughout the brain.

Secret #2. But more profoundly, he discovered that he could influence brain waves if precisely timed with a return training signal. He had no idea that at this moment in history, he had accidentally destroyed democracy as we envision it to be. The military and surveillance community immediately picked up on the patent and within two years had reprogrammed their communications and surveillance satellites and terrestrial phased arrays with the new concepts. The rapid deployment of this technology occurred because it only required software changes in already existing radar, imaging, and communications” terrestrial dishes and satellites. Many additional spy satellites have been launched since to bolster the system. So in 1976, on the bicentennial of this great nation, a system called TAMI was born. TAMI is an acronym for “Thought Amplifier and Mind Interface”. A more invasive “Big Brother” technology came about before George Orwell’s prediction of 1984.

Secret #3. Stealth RADAR techniques were first recorded by observing the Russian bombardment of the U.S. embassy in Moscow with microwaves. Using high powered steered phased arrays and focused directed energy from two sources next to each other, one can create a nearly undetectable “scalar” wave, or destructive interference at the point of interest. With just a minor energy interaction, the interfering beams bounce back with strong signal to noise ratio to be resolved at the sources again. This allows for any imaging technique to be done from extremely large distances. In effect, it makes distance irrelevant to the detection feature, be it RADAR, MRI, or ESR imaging.

At the same time, the Russians had discovered and were developing similar capabilities. This accelerated the secret arms race that continues to this day. The research and capabilities have come a long way in the last 30 years. Even if one didn’t have direct access to the knowledge of surveillance capabilities, one could project out in time 30 years knowing technology developments increase at an exponential rate. At that time the military demonstrated the capability of reading automobile license plates from satellite images.

In order to cover up and not draw attention to mind reading radar, the whole field of psychic phenomena and paranormal psychology was invented to deceive the civilian populations of what was occurring. The Russian’s showed their hand when they started bombarding the U.S. embassy in Moscow with microwaves in the late 60’s, and then with the 7 Russian Wood Pecker transmitters that began operation in 1976 pointed at the U.S.

Unfortunately, due to the nature of this new weapon, many human minds are needed to create the database of specific brain data necessary to increase the effectiveness on a larger and larger population. These are referred to as the “Cataloguing and Cloning operations”. In this context, cloning does not refer to human cloning, but EEG cloning. Many have misunderstood this fact and then it was popularized by the T.V. series “X-Files”. These cloning operations are what plague the human race today as every country feels the need to have this weapon that requires torturing and killing many people of their own populations to develop.

EEG cloning means to copy someone else’s brainwaves onto another person. The discovery made by Robert Malech allows this to be done wirelessly anywhere in the world. A new military division emerged called The Psychic Warfare Unit initially stationed in the Pentagon but most likely it was rolled into the Psychological Operations, Electronic Warfare, and Informational Warfare Units. Initially this became a great intelligence gathering tool. Psychically spying into other people’s minds was an incredible feat.

I don’t use the term EEG cloning much because it refers only to the special case of observing a targets mind. That is only one aspect of the technology. Malech discovered he could influence brain waves just as easily as reading them. So at the other extreme, a psychic warrior can EEG clone his brainwaves onto a target. This is symbolized in the movie “The Matrix” where the agents take over random citizens bodies while in pursuit of the heroes. The correct terminology to describe everything in between the two extremes is EEG heterodyning.

Heterodyning is an engineering term which means to mix signals. So EEG cloning is just a special case of EEG heterodyning.

EEG cyber hive mind is another term used for EEG heterodyning for non-weapons use experiments. These are collectives of people who share one common set of brain waves. They jokingly refer to the process of forcing someone into a collective as “Borging” them, a reference to the evil cyborg civilization from Star Trek. They are studying both the long term effects of being in this kind of collective mind configuration and how to use it to control, spy through, disable, or kill a target. They also are studying communication and organization without spy gadgets of any kind for synchronized missions.

The emerging field which intersects at the physics of psychology is called „psychophysics” The dynamics of the mind are well described from neuroscience reductionism. Artificial neural networks have been around for over half a century. But the new challenge is to map exactly the subjective experiences of consciousness to the physics of organic intelligences” informational signal processing including biochemical and electromagnetic. The word „Psychophysics” has additional connotations that are quite appropriate in the way that this field has evolved in the secret labs around the world. The tools of psychophysicists are called psychotronics.