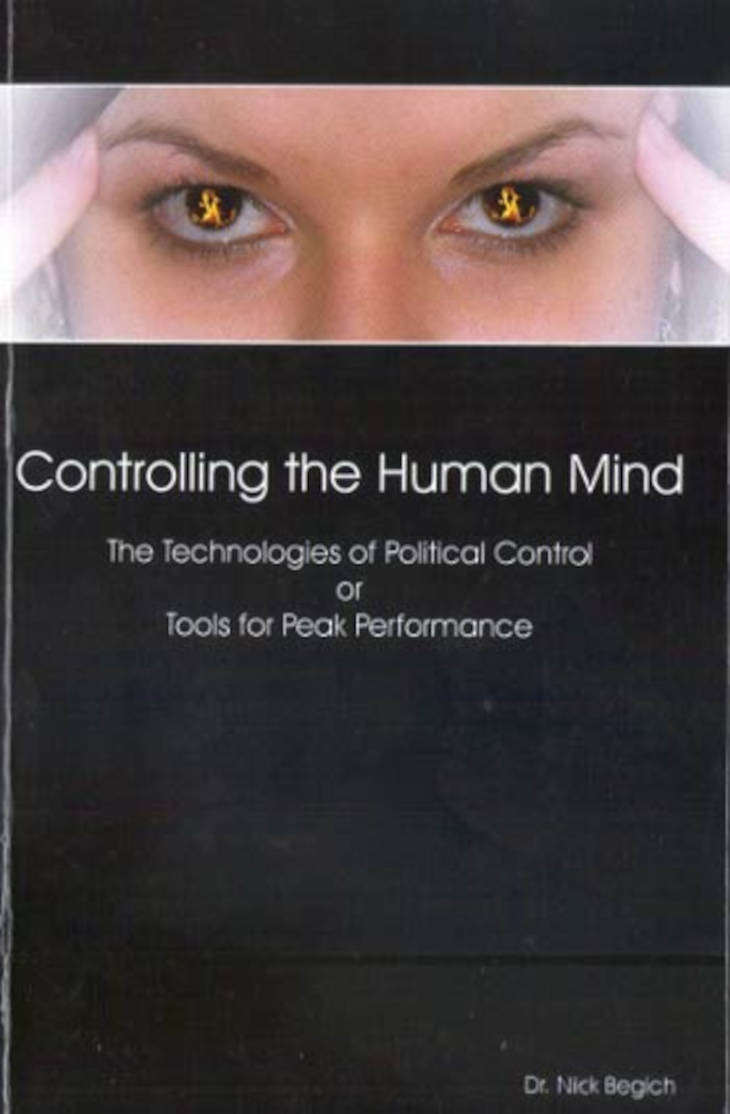 The development of the technology followed a very traceable history which began in the early 1960’s at the height of the cold war. In 1961, Dr. Allen Frey wrote, “Our data to date indicates that the human auditory system can respond to electromagnetic energy in at least a portion of the radio frequency (RF) spectrum. Further, this response is instantaneous and occurs at low power densities, densities which are well below that necessary for biological damage. For example, the effect has been induced with power densities 1/60 of the standard maximum safe level for continuous exposure.” This observation had incredible ramifications because it meant that within certain ranges of RF people could create a sound perceived in the brain of a person at energy concentration levels considered too small to be significant.

Later that year a patent was issued to Dr. Puharich which stated in part, “The present invention is directed to a means for auxiliary hearing communication, useful for improving hearing, for example, and relates more specifically to novel and improved arrangements for auxiliary hearing communications by effecting the transmission of sound signals through the dental structure and facial nervous system of the user.”162 This crude device produced a signal which could be heard in the brain by inducing a vibration which was transferred through the bone into the inner ear where it was then carried to the brain via the nervous system. Puharich continued researching along this line, gaining an additional patent in 1965 (US Patent #3.170.993). Both of these inventions required physical contact with the head of the subject.

By 1962, Dr. Allan Frey had advanced his work and was able to create sound at a distance from the subject using a pulsed (modulated) radio transmitter. “Using extremely low average power densities of electromagnetic energy, the perception of sounds was induced in normal and deaf humans. The effect was induced several hundred feet from the antenna the instant the transmitter was turned on, and is a function of carrier frequency and modulation.” What was occurring in this research were the first attempts to “tune” into the brain of a human in the same manner as “tuning” into a radio station. The same energy was being used, it was just at a different frequency with a slight vibration (pulse-modulation) on the carrier wave which delivered the signal. This system is wireless.

In 1968, a patent was issued for a device which also required physical contact with the skin of the test subject. “This invention relates to electromagnetic excitation of the Nervous system of a mammal and pertains more particularly to method and apparatus for exciting the nervous system of a person with electromagnetic waves that are capable of causing that person to become conscious of information conveyed by the electromagnetic waves (US Patent No. 3.393.279).” This invention was much different than what others had created by that time because this device actually sent a clear audible signal through the Nervous system to the brain. The device could be placed anywhere on the body and a clear voice or music would appear in the head of the subject. This was a most unbelievable device which had actually been invented in the late 1950’s. It had taken years to convince patent examiners that it worked. The initial patent was only was only granted after the dramatic demonstration of the device on a deaf employee of the United States Patent Office. In 1972, a second patent was issued to the same researcher after being suppressed by the military for four years. This device was much more efficient in that it converted a speech waveform into “a constant amplitude square wave in which the transitions between the amplitude extremes are spaced so as to carry the speech information (U.S Patent No. 3.647.970).” What this did is utilize the frequency code or timing sequences necessary for efficient transfers into the nervous system where the signals could be sent to the brain and decoded as sound in the same way that normal sound is decoded. The result was a clear and understandable sound.

In 2003, Robert Thiedemann of Munich, Germany, advanced the technology even further with the creation of the Holophon® in Germany and the Earthpulse Soundwave™ in the United States. This technology advanced the old design with higher fidelity and clarity in the sound transfer with a number of interesting effects being reported. The device was released in Europe and is scheduled for United States production beginning in early fall 2006. This device is used for positive applications by individuals and fully described in Part II of this book.

In 1971, a system was designed which would allow troops to communicate through a radio transmitter that rendered the enemy deaf and disoriented while allowing “friendly” combatants to communicate at the same time. The device was described as follows: “Broadly, this disclosure is directed to a system for producing aural and psychological disturbances and partial deafness of the enemy during combat situations. Essentially, a highly directional beam is radiated from a plurality of distinct transducers and is modulated by a noise, code, or speech beat signal. The invention may utilize various forms and may include movable radiators mounted on a vehicle and oriented to converge at a desired point, independently positioned vehicles with a common frequency modulator, or means employed to modulate the acoustical beam with respect to a fixed frequency. During combat, friendly forces would be equipped with a reference generator to provide aural demodulation of the projected signal, thereby yielding an intelligible beat signal while enemy personnel would be rendered partially deaf by the projected signal as well as being unable to perceive any intelligence transmitted in the form of a modulated beat signal (US Patent No. 3.566.347).” What this says simply is that at-a-distance personal communication could be achieved by one’s own forces while simultaneously denying it to adver­saries using a wireless pulse-modulated signal.

In 1974, using a microwave, it was noted that the signal was changed ( transduced ) by the receiver into an acoustic signal. This was the signal that was “heard” inside or just behind the head. The report stated: “…it was noticed that the apparent locus of the ‘sound’ moved from the observer’s head to the absorber. That is, the absorber acted as a transducer from microwave energy to an acoustic signal. This observa­tion, to the best of our knowledge, has not been described in the literature and may serve as a mechanism mediating the hearing of pulsed microwave signals.”

In 1992, another patent described: “A silent communica­tions system in which nonaural carriers, in the very low or very high audio frequency range or in the adjacent ultrasonic frequency spectrum, are amplitude or frequency modulated with the desired intelligence and propagated acoustically or vibrationally, for inducement into the brain, typically through the use of loudspeakers, earphones or piezoelectric transduc­ers (US Patent No. 5.159.703).” This device had limited practicality in that it required that the person be in contact or close proximity to the sending device. When examined together, each of these patents are seen to be discrete steps toward a new weapons system.

These are the ways that the frequency codes of the human body are introduced in order to achieve the desired “controlled effect.”

In 1995, it was reported that in the early research, clear sound signals had been sent and received. It is difficult now to determine what level of military or other research was being advanced in these areas. History was clear from Congressional Reports that this entire area was of great interest to the intelligence communities. “Drs. Allan Frey and Joseph Sharp conducted related research. Sharp himself took part in these experiments and reported that he heard and understood words transmitted in pulse-microwave analogs of the speakers sound vibrations. Commenting on these studies, Dr. Robert Becker, twice nominated for the Nobel Peace Prize, observed that such a device has obvious applications in covert operations designed to drive a target crazy with voices, or deliver undetectable instructions to a potential assassin.”

Later, in 1996 came the development of “A wireless communication system undetectable by radio frequency methods for converting audio signals, including human voice, to electronic signals in the ultrasonic frequency range, transmitting the ultrasonic signal by means of acoustic pressure waves across a carrier medium, including gases, liquids, or solids, and reconverting the ultrasonic acoustical pressure waves back to the original audio signal (US Patent No. 5.539705).” Although this was meant to be used with both receiving and sending hardware, what was determined were the modulation methods for transferring the signal. Wireless electronic telepathy had been invented.

The real work was yet to be made public in the form of patents. However, the military claims in the arena were starting to surface. What was known from experience was that patents were being held back by the government and confiscated by the military. When this intellectual property is seized the inventors are given a choice – work for the government or you cannot continue your research on or even talk about the invention under a national security order. Those who do not cooperate have their work effectively shut down.