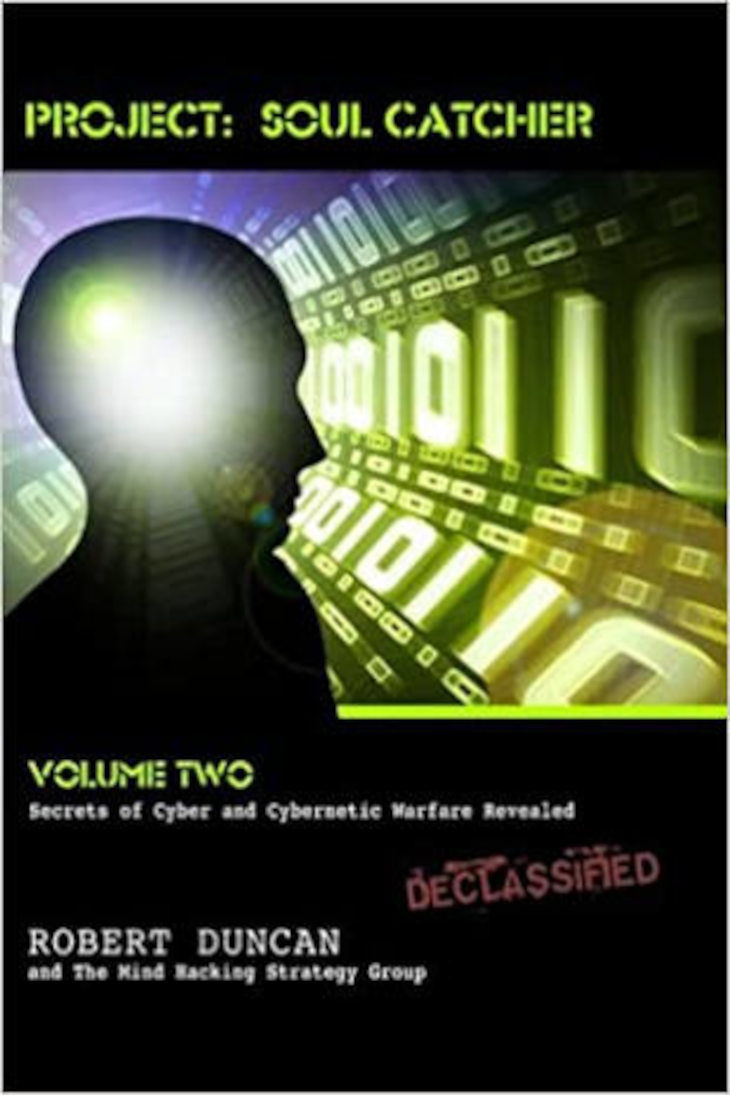 Inducing mental illness or merely mimicking the symptoms of those behaviors is the objective.

Psycho-Bombs can be turned into Manchurians or Programmed Assassins. They have many uses that are instrumental in social engineering and manipulation of government laws and media. So for example, if a social engineer wanted to make guns illegal, they could trigger many psycho-bombs at once using guns as their weapon. The public would react to the fear driven media stories to pass laws against guns. Psycho-bombs are also useful in other fear driven tactics to have the public give up their rights to privacy. Often they are used to distract the media’s focus on more pertinent and important stories.

The CIA and DoD groups that program minds for these illegal clandestine operations often call themselves Satanists. There are many reasons for that other than just a cover story and confusing the target. The Satanic Bible speaks of creating scapegoats, patsies, and fall guys.

Anyone who writes or speaks about these topics gets attacked by psycho-bombs who are led to believe that the writer or speaker is part of the conspiracy that is torturing them. Those who are not speaking about these atrocities and should know about them are the guilty parties.

Destabilizing the personality using these methods create psycho-bombs. These can be recognized in people that “go postal”. Destabilizing the personality years before a programmed assassin or psycho-bomb is triggered, helps to create the track record used for plausible deniability. The targets of the realistic operational simulation missions on random humans usually are discredited in the news as a person with a history of the patterns set forth many decades ago mimicking mental illness on-set. It is partially true that the person has a mind virus which causes mental illness in these experiments but what the general public never gets to know is what causes it. There are environmental and genetic factors which can cause disease. Of course there are natural mental defects arising from life experiences, physical wiring, and chemical imbalances but the newsworthy ones are almost always related to mind hackers practicing their trade. The objective of creating a psycho-bomb is to have the host kill and destroy as much of the community and surroundings as possible with no real target. Subjectively the subject thinks this is the only way for change and to get media attention of their message. This is a proxy method to create terrorism. Terrorism is used to create change.

Psycho-bombs usually are there to cause mayhem and random acts of mass murder. This allows the programming country not to be called sponsors of terrorism including domestic so as to justify more government protection and loss of freedoms. People always follow suit because security is more important than freedom. It is a fundamental algorithm and drive to protect our children and allow species to exist. These algorithms can be utilized to gain more power and influence too.

Depatterning is used to remove all meaning and hope. This is necessary for false flag operations and to create intense meaning like how suicide bomber programmers use religion or extreme patriotism to convince their constituents. It is about erasing survival instincts.

The Mind Hacking Strategy Group studied how to defuse a psycho-bomb or at least redirect them towards their true enemies. It is dangerous to create these humans that are about to explode because they can be used by other organizations and governments and then reprogrammed for another mission.

Programmed assassins were made famous by the movie and book “Manchurian Candidate”. The basic idea is to make the asset get close to the target then trigger the asset to assassinate them. One such CIA Program was called Artichoke. Project Artichoke looked for subjects that were roughly 35 years old, sociable, and educated. The goal was to have the subjects kill a political leader including one in United States if no others were identified. The size and scope was never revealed nor the results.

No one would ever agree voluntarily to prostitute themselves for an agency that does not pay them. Most people can’t kill other people even in self defense. Creating a pathological alter personality is one of the major goals of these CIA programs. This is why mostly woman are grabbed for trauma based conditioning of split personalities. Femme fatales are more useful in the spy industry. Only a small percentage of those brutalized go on to become split personalities and further programmed.

The idea is to create sociopaths that take commands but are able to traverse most social groups with ease by putting on some charm and require no payment other than the opportunity to do someone else’s bidding or against their own will and knowledge.

How are programmed assassins made? The conscious state is split and conditioned with emotions. During one altered, tortuous state they force visualization of the events that the programmers want done. This is like how athletes visualize their skills over and over before actually performing them. A programmed assassin is forced to visualize the assassination of their targets over and over using the different methods taught to them during their programming duration.

Sleepe­r agents and assassins are called such because they remain in stasis, zombification or altered state, until they are to be used and triggered when needed. Terrorist sleeper cells operate in a similar manner except they volunteered for their mission. The word terrorist is just a word formality. Many US created programmed soldiers and assassins are used in false flag operations marketed as terrorism by media or sometimes they go after those that created them. The movie and book series, Borne Identity, illustrates this from a Hollywood viewpoint.

The difference between psycho-bombs and programmed assassins is merely the selection of particular acts of destruction or people to kill. The subjective experience for the programmed assassin can be completely different in motive than that expected from normal crimes of passion. John Lennon’s and President Ronald Reagan’s shooters are examples of programmed assassins that had no understandable reason for their violent action. Hence we call them insane. There have been several failed attempts in the past at creating a delusional love obsessed psycho-assassin by the CIA. These never make the news. In fact, these kinds of assassins seem to be more successful at following through with their mission than the artificial hate induced directed delusion. In addition, the successful mind hack assassins seem to be unaware of the technology and what is controlling their thoughts. The mind hacked projects that are told through bio communication technology that they are government property never seem to quite be able to get triggered although many talk about it. The Oklahoma bomber may be the exception.

Programmed assassins are created by the government for a particular target to kill on a hypnotic command and they are generally not suppose to remember the act after they commit it using a technique to split their personalities and create disassociated ‘alters’. This allows them to pass polygraph tests and the like.