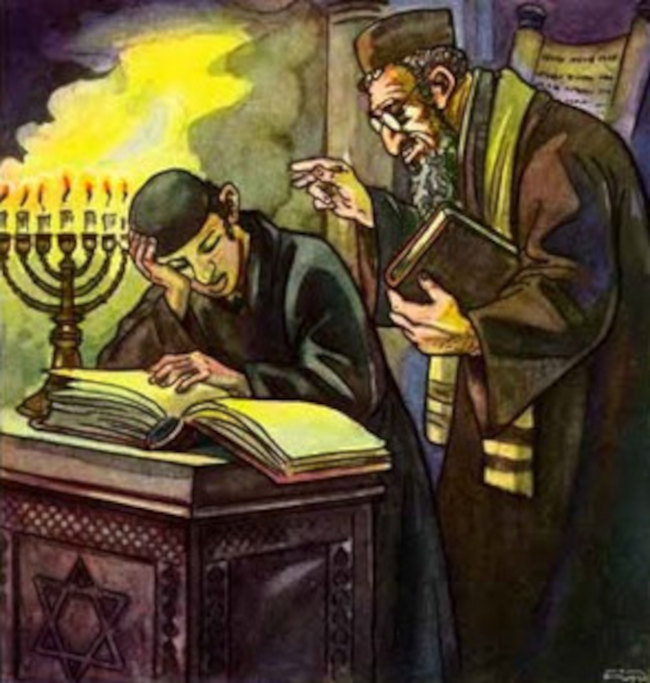 Based on the above evidence, as well as my own personal family history, I believe that thousands of families in the U.S. have been targeted by militant Judaism for their families having had a history of known or believed anti-Semitic beliefs.

Groups that have conducted hate campaigns against Gentiles perceived to be “Amalek”, meaning the Gentiles who are anti-Semitic and must be destroyed in every generation according to Talmudic Law, are led by militant Judaic factions. These factions include the Jewish Task Force, Jewish Defense Organization (formally Jewish Dense League) followers of the late fanatical rabbi Meir Kahane, Chabadniks and their sympathizers, and front groups for criminal Zionism such as the ADL.

Based on my conversations with well over a dozen family members of gang stalking victims who were targeted because of known or suspected anti-Semitic family beliefs, I have come to some conclusions about this type of targeting.

Firstly, gang stalking victims who were targeted by the Program because of a family history of known or believed anti-Semitism, are generational targets. All of the targets who fall into this category come from families in which the entire family was targeted for gang stalking. This means that entire extended families were marked for destruction using gang stalking tactics, and, many members were fraudulently bilked out of inheritance by various schemes.

Thirdly, this targeting was supported by members of the mainstream Jewish community who were neither fanatical and associated with Jewish militant groups nor Chabadniks. A network of Jews were established in private Christian schools, workplaces and elsewhere to observe and report on persons with anti-Semitic leanings.

Fourthly, organized crime, including, but in no way limited to, the Italian Mafia, were recruited to participate in the destruction of the targeted Amalek families. These racketeers were rewarded with illegal payola in the form of government contracts, permits, etc., as well as other benefits, including preferential access of their children to elite colleges for their participation in the “protection racket”.

Families were aggressively targeted on often specious evidence. This included cases in which children were targeted for wearing jewelry perceived as anti-Semitic such as Celtic charms somewhat resembling the Swastika.

WHY IS THERE SILENCE ABOUT THIS ISSUE

There is silence about this issue because most people choose to keep anti-Semitic family beliefs in the closet. Many gang stalking victims are in Denial. Disinformation agents and agents provocateur foster internalizing the gang stalking phenomenon as a “personal issue”. This goes beyond the role of militant Judaism in gang stalking to the wider government cover-up. Generational victims, whose targeting has a nexus to the embarrassing issue of their families anti-Semitic beliefs, have an even greater reason to be in Denial than does the average gang stalking victim.

An example of someone whose life and career was derailed due to a family history of perceived anti-Semitism is the actor Mel Gibson. Gibson’s father publicly stated that the six million Holocaust deaths was an exaggeration. The Jewish dominated, liberal media seem to be somewhat bloodthirsty when it comes to families with perceived anti-Semitic leanings:

A recent ADL poll found 1 in 6 Americans have serious anti-Semitic beliefs. The number was twice as high 40 years ago when the ADL began polling Americans’ attitudes toward Jews. The current rate of Anti-Semitism found in polling done in Europe is higher than in America, and, even higher in Russia:

The ADL has a history of felony criminal activity, including offenses in which it has violated the civil rights of targeted individuals in illegal conspiracies with government co-conspirators:

The JDL has targeted anyone who questioned the official history of the Holocaust, and, has used violence and terrorism against Jews perceived to be “insufficiently Zionist”: